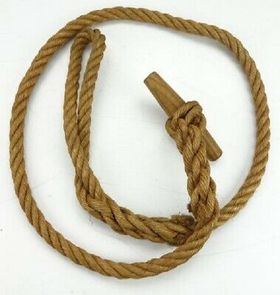 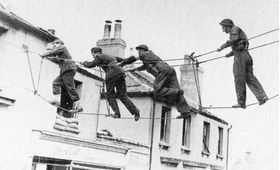 A toggle rope was part of the standard equipment of British commandos and the Parachute Regiment during World War II. It was 6 feet (1.8 m) long, and had a toggle at one end in a tightly fitting eye splice, with a larger eye at the other end. This enabled them to be fastened together to create a rope ladder, or to secure around a bundle for hauling, among other uses.